Introduction of my old RPG Maker Game The Peloran Wars


After working countless hours on Rpg maker vx ace, I have once released my games for windows on Steam. Due to the overall bad quality of the game, I decided to remove it from Steam but you can still get it for free below. I have made the game alone so I have used stock asset and characters. The story and script are average in my opinion. There is no map or exploration, you read text then you do some unexciting RPG combat. Rinse and repeat, pretty boring if you ask me.

At the time, I heavily studied religions so I have included many references. Not the smartest move. Since then, my point of view has drastically changed (sadly into a more nihilistic and cynical one).

The game is divided into 74 chapters. There is still some good idea and feature throwned here and there but this game is at best average and at worse bad. 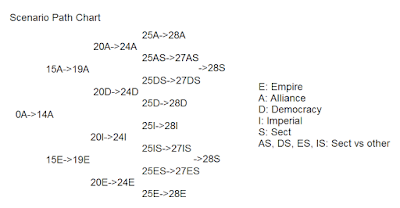 
The game feature a first view turn based combat. 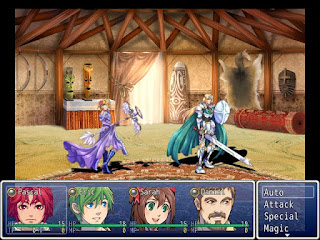 The only quality of combat is the fast pacing. There are more than 80 classes and over 100 abilities. 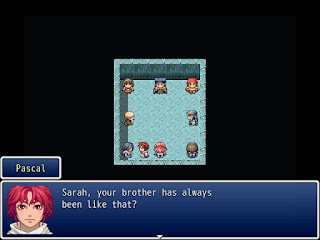 There are 195 supports conversations in the game. 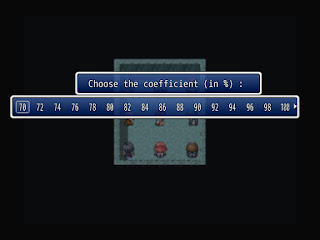 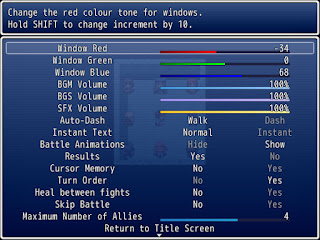 In the option menu, player can adjust various parameter such as the colour for the windows, the voulme of sound and music. You can set Auto-Dash, Instant Text or hide Battle Animations, skip Results. You can memorize action, show the turn order, heal hp between fights. You can also skip battle and change the maximum number of allies. One good point is the number of options. 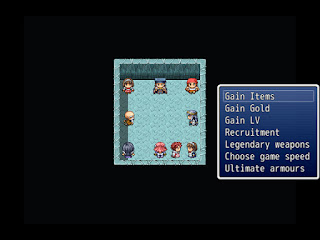 When on this map, players can access cheats. You can gain gold, LV, items (stat boost and healing) and holy weapons! These weapons are rank C so there is no character's restriction. You can also recruit any character you want. You can also choose the game speed (in FPS). Thinking back, the cheats weren't that much of a good idea because the game is way too easy.


The Peloran Wars features a large soundtracks, with a total of around 72 tracks. I have used mainly royalty free music. The soundtrack includes classical music such as Appassionata from Beethoven, The Planets from Holst, Rapsodie espagnole from Ravel and other. Not a great soundtrack, as classical music doesn't really fit video games unless you arrange them. Still serviceable though.


The game was once released on steam here:
https://store.steampowered.com/app/497560/Crimson_Sword_Saga_The_Peloran_Wars/

Get it for free here (Download link 444Mo):
https://drive.google.com/file/d/1afbl6t7P7XksI2D5bMVbgHu5hphuBejb/view?usp=sharing
Posted by David Nguyen at 20:30

Email ThisBlogThis!Share to TwitterShare to FacebookShare to Pinterest
Labels: General, The Peloran Wars

David Nguyen
Hi and welcome to my blog, I am David Nguyen, french and I really like mathematics and video games. If you wish to contact me, just e-mail me at: david.nguyen104@gmail.com